Move over Aquaman. There’s a new guardian of the ocean – Mermaid Batman. There’s nothing better than relaxing with your pet dolphin in your mansion’s giant pool after a long day of crime fighting. Robin is ready for his first Bat-cation with his new Bat-family. Alfred has earned a little fun in the sun. His must haves? A fancy glass of juice, a bathing suit that covers his entire body, and the crispest, cleanest collar possible. The Joker is always prepared for mischief. Even his vacas include toxic popsicles and laughing gas floaties. Being Police Commissioner / Batgirl is a lot of work. That’s why Barbara Gordon always makes time for some well-planned fun. Jayna and her brother Zan are the amazing Wonder Twins from planet Exxor. When the two are together and say „Wonder Twin powers activate“ she can transform into any animal she chooses. She’s also a big fan of Earth pop culture, especially her favorite ’70s tunes. Zan and his Wonder Twin sister Jayna are the youngest members of the Justice League. When they get together and shout “Wonder Twin powers activate” Zan can turn himself into any form he wants. Well, if that form is made from water, ice, or steam. A member of the Justice League, Apache Chief has the power to grow several times his normal size. A handy ability for fighting super villains and taking awesome photos with his super friends. Black Canary uses her amazing Canary Cry to fight crime alongside her pals in the Justice League. Her amazing singing voice can even create vibrations strong enough to make her fly. She’s the perfect super bird! Black Vulcan is the Justice League member that can control all forms of electricity. He’s the perfect friend to have when super parties knock out the power at the Fortress of Solitude. Small-time crook Drury Walker, aka Killer Moth, was eager to be taken seriously as a super villain so he made himself into the opposite of a brave bat: a scary moth. A reactor core accident left scientist Dr. Alex Sartorius with a super-hot, see-through body and a passion for vengeance against his enemies. He now answers to Doctor Phosphorous. Hugo Strange is one of Batman’s oldest and, well, strangest opponents. His only super power is his incredible, yet warped intelligence. We knew Alfred was a master at vacuuming rugs, but who new he could also cut a rug! That’s old-fashioned talk for dancing well. The Bat-merch gun has transformed Batgirl. She may be less ready to fight crime, but she is definitely a lot more stylish. 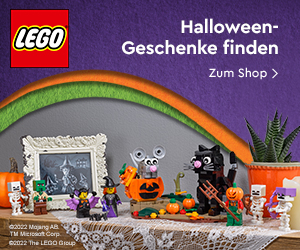